The opening speech was followed by a stage performance by migrant workers who presented the issues of working conditions and wages experienced by migrant workers in various sectors such as agriculture, construction, factory, domestic work and services. For the finale, the performers demanded a living wage, safety and health at the workplace and social welfare.

Next, participants were divided into four groups to discuss the issues faced by migrant workers in Chiang Mai. Among the topics discussed were: wages and social welfare, exploitation, problems at the immigration office and developing the recommendation address to the governments of Myanmar and Thailand. The outcomes from the group discussions were incorporated into the statement presented to the government representatives of Myanmar and the governor of Chiang Mai, Thailand.

Mr. Sai Phyu from Workers Solidarity Association (WSA) highlighted the fact that many migrant workers earn wages lower than the cost of living, and that many migrants, especially women in domestic work, have long working days with low wages, no social security/health insurance, no days off and no maternity leave, etc. He called for the effective enforcement of labour laws and the protection of migrant workers’ rights. Mr. Oom Khur, representative of Migrant Workers Federation (MFR), added that many migrant workers have limited knowledge about how to manage their finances, especially with their extremely low incomes, and that the cost of living such as education for children, social costs and extra-fees for government services present many challenges to migrants’ financial management.

Mr. San Yu Kyaw, Consul/First Secretary of the Consulate General of Myanmar, pointed out that migrant workers significantly contribute to the development of Myanmar, and reviewed the assistance services for migrant workers in Thailand provided by the Myanmar government. Capt. Jaran Khunyosying, Labour Specialist, Senior Professional Level, Representative of Chiang Mai Provincial Labour Protection and Welfare Office, discussed labour laws and noted that all migrant workers will be equally protected under Thai labour laws. Ms. Rujira Chomphupan, Senior Labour Specialist, Representative of Chiang Mai Provincial Employment Office, emphasized that work permits are required for all migrants living and working in Thailand, hence migrant workers should closely pay attention to the government registration announcements and processes to ensure that they obtain the proper documents. Ms. Sukanta Sukpaita, Representative of Human Rights and Development Foundation (HRDF), shared the challenges to basic survival for minimum wage earners in Thailand, and pointed out that these challenges are greater for migrant workers who receive less than the minimum wage. She concluded her remarks by demanding that the Thai government respect migrant workers’ rights, ensure the fair treatment of migrant workers in accordance with the international standard, and urged the governing bodies of ASEAN to recognize migrant workers’ capabilities and sufferings by allowing their freedom of employment under the AEC. Subsequently, Thai regulations and Myanmar government services were clarified in detail during the question and answer session.

The statement of International Migrants Day 2015 is available in Thai and English. 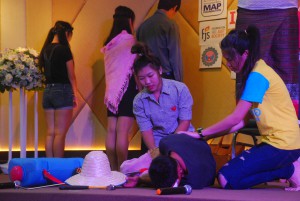 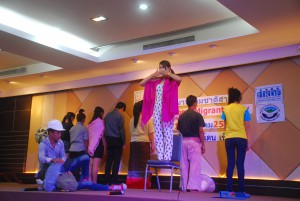 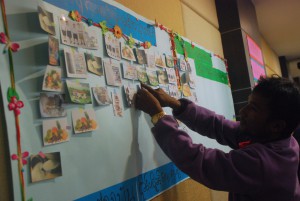 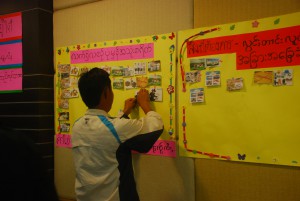 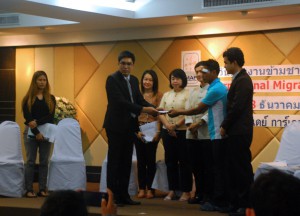 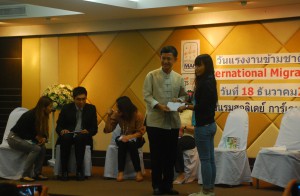 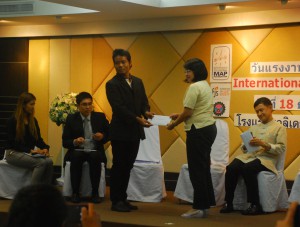