MMN Workshop: “Living Together: Integration or Social Exclusion of Migrants in the ASEAN?”

Co-organised by: Legal Support for Children and Women, MAP Foundation and Workers Hub for Change

At present “integration” in the ASEAN region refers purely to regional economic integration and all but ignores the need for social integration. However, in reality it is not only money and goods that move, but people also. Within ASEAN, migrants face various barriers and challenges in seeking to fully integrate and not merely survive in the country of destination. Millions of migrants live “side-by-side” with local communities but not “together”, resulting in loss of a sense of belonging, and inability to play a visible role as a member of the community.

It was in this context that the above-named workshop was organised. The workshop commenced with an interactive activity in which participants assessed different policies and practices in their respective countries. The issues they discussed through this activity included: migrant children’s access to education, migrants’ access to public health care, coverage of migrants under labour protection, and coverage of migrants under the social security.

The workshop then proceeded to a panel discussion moderated by Ms. Reiko Harima, MMN Regional Coordinator. The first panelist, Ms. Pranom Somwong, remarked on the ways in which migrants in the region are treated merely as temporary labourers and that there are no policy initiatives to facilitate their integration. She stated that ASEAN needs to develop more comprehensive, longer term policies to achieve social cohesion, otherwise, social exclusion of migrants will create social tension and possibly lead to xenophobia, which could lead to violence and other social repercussions.

The following panelists closely examined current policies that often alienate migrants and exclude them from various social protection and services including labour protection, access to education, access to public health care and access to social security. Such policies contribute to migrants’ social exclusion.

Mr. Charles Hector from the Workers Hub for Change, Malaysia, presented on the situation in Malaysia. He emphaised that the Malaysia demands labour, but not human beings with rights and needs. Moreover, the government wants only labourers who are “disease free”. He noted that most migrant workers are healthy and fit when they arrive in Malaysia as they have to pass a medical examination before migration. Hence, if they are found with diseases while working in Malaysia, it can be assumed that they were infected in Malaysia. So why do we deport them? Migrant women who become pregnant are also deported, hence there is tremendous pressure on migrant women to make life altering decisions when they get pregnant.

The third panelist, Mr Sokchar Mom from the Legal Support for Children and Women, Cambodia, presented on the various issues that make migrants vulnerable to social exclusion at the stages of pre-departure as well as upon return.  Issues faced by migrant returnees include discrimination and stigma based on their health status or the work they have done in the destination country, absence of systems to transfer skills they have gained while abroad and lack of mutual recognition of school certificates affecting migrant children. Migrants’ children who stay back home are also vulnerable for social exclusion, according to Mr Sokchar.

The fourth panellist, Mr Brahm Press, from the MAP Foundation, Thailand presented on the challenges faced by migrants in Thailand. He said that many of the policies towards migrants in Thailand are good, but the reality is often different. On the ground, migrants often face barriers in accessing public health care, and find it difficult to seek redress when their labour rights are violated. Many employers do not enrol their migrant employees in the social security.  Migrant children often face barriers attending public schools despite policy initiatives allowing them to do so. The barriers include cost of buying uniform, language barrier, and the attitudes of parents of their classmates.

Finally the workshop concluded by jointly developing the following recommendations for ASEAN:

*  For more information about the APF, see http://aseanpeople.org/ 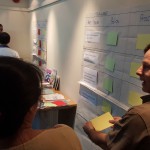 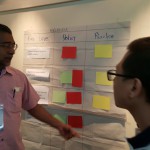 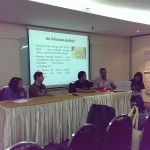 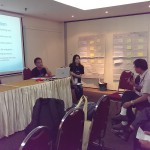 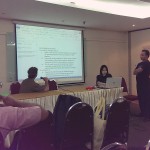