On July 8, 2019, the Mekong Migration Network held a multi-stakeholder workshop on Labour Migration from Mekong Countries to Japan in Tokyo, Japan. The workshop was organised in anticipation of increased labour migration from Mekong countries, as Japan seeks to plug gaps in its rapidly shrinking labour force. Under the current Technical Internship Training Programme (TITP), a significant proportion of migrant workers in Japan originate from Vietnam (72,637), Myanmar (3,692), and Cambodia (3,328). These relatively modest numbers are expected to increase rapidly following the Japanse government’s announcement that it intends to welcome an additional 345,000 migrant workers within five years. To facilitate this policy change, Japan amended its strict immigration laws and added a new “Specified Skilled Worker” (SSW) visa category. Japan also signed a bilateral Memoranda of Cooperation (MoC) with Vietnam, Cambodia and Myanmar to facilitate the implementation of the new scheme.

Given these developments, MMN gathered more than 35 stakeholders to address potential challenges and opportunities from the perspective of both Japan and countries of origin. Participants included representatives from the Embassy of Vietnam in Japan, the Vietnam Association of Manpower Supply (VAMAS), the Association of Cambodian Recruitment Agencies (ACRA), the Myanmar Overseas Employment Agencies Federation (MOEAF), inter-governmental organisations, recruitment agencies and Civil Society Organisations (CSOs) in Cambodia, Myanmar, Vietnam and Japan, as well as academic experts on labour migration.

Professor Wako Asato from Kyoto University began with a presentation on the recent trends of migration under the TITP and trajectories under the SSW visa scheme. He expressed concerns that even though Japan signed similar MoCs with the three countries to implement the TITP, recruitment practices differ greatly among the three countries, especially with regards to the collection of recruitment fees. Professor Asato believed that under the new “Specified Skilled Workers” visa scheme, recruitment practices across different countries of origin will likely differ because key components of the new scheme, such as the ability for employers in Japan to directly hire migrant workers, may be difficult to implement in some countries of origin.

Mr Ippei Torii from the Solidarity Network with Migrants Japan gave an overview of the history of Japan’s migration policies and highlighted a number of issues migrant workers face in Japan, including labour rights violation, forced repatriation and physical violence. In particular, certain aspects of the TITP, such as the lack of freedom for migrant workers to change jobs, often facilitate a power imbalance between employers and workers and create environments conducive to abuse and exploitation. Regarding cases where migrant workers “run away” from their employers under the TITP, Mr Torii suggested that the term “runaways” is not appropriate, as it implies wrongdoing on the part of migrants. When migrants “run away,” they are in essence changing jobs–a right that all Japanese citizens, but not TITP workers, enjoy.

Professor Chiaki Osaki from the Japan Association of Certified Care Workers discussed her observations of pre-departure and post-arrival training provided to care workers in countries of origin and Japan respectively. She highlighted that many migrant workers are unable to access support hotlines or contact their family members due to difficulties for foreigners to purchase a phone with a Japanese number in Japan. In the following presentation, Mr Kazuomi Aoyagi from the Alliance of Associations for Diversity and Inclusion Acceleration in Japan spoke about the history of migration from the Philippines and the Filipino government’s current policies on outbound migration. According to him, the Philippines has strict regulations over the practices of recruitment agencies. In particular, recruitment agencies that are sending workers to Japan are prohibited from collecting any placement fees from migrants.

There was a general consensus at the workshop that countries of origin must avoid a “race to the bottom” scenario regarding the terms and benefits they afford workers migrating from their respective countries to Japan. Given the example of the Philippines, where workers bound for Japan are not charged recruitment fees and the cost falls on employers, recruitment agency associations in Cambodia, Myanmar and Vietnam discussed the possibility of looking into the Zero Recruitment Fee model, although they felt that it was not feasible to implement at this point. The recruitment agency associations have, however, developed measures to encourage and promote good recruitment practices, including an industry code of conduct (CoC). In Vietnam, Mr Luon​g Trao Nguyen from the Vietnam Association of Manpower and Supply (VAMAS) shared that the VAMAS has developed a ranking system to rate recruitment agencies’ level of compliance. The results of the ranking can improve overall standards and provide prospective migrants with a useful tool to select between recruitment agencies. Ms Aye Aye Nyunt from the Myanmar Overseas Employment Agencies Federation also explained that overseas employment agencies in Myanmar are encouraged to regularly check on migrant workers and are required to submit a report every three months to the Myanmar government. In Cambodia, Mr Pin Vireak from the Association of Cambodian Recruitment Agencies (ACRA) stated that a new CoC and an accompanying ranking system similar to that of VAMAS will soon come into effect.

The workshop ended with civil society organisations from Myanmar and Cambodia sharing about the common challenges of migrant workers in their respective countries. Ms Thet Thet Aung from the Future Light Centre shared that prospective migrant workers in Myanmar lack comprehensive information about private recruitment agencies, which makes them vulnerable to the exploitation of unscrupulous intermediaries. Upon return, a lack of job opportunities at home, combined with an inability to apply skills acquired in Japan, means that a number of migrant returnees have no choice but to re-migrate. In Cambodia, Mr Sokchar Mom from the Legal Support for Children and Women highlighted the lack of a standard recruitment fee in Cambodia as a major issue that has enabled some unscrupulous intermediaries to charge exorbitant fees. In his experience, a number of prospective migrants have been forced to incur debt to migrate. Moving forward, he urged the Japanese and Cambodian governments to collectively tackle the issue of high recruitment fees.

To address challenges arising from labour migration from Mekong countries to Japan, many participants highlighted the need for enhanced collaboration among different stakeholders in countries of origin and destination. Participants expressed an interest in deepening the dialogue to ensure migrant workers are well protected throughout the migration cycle. 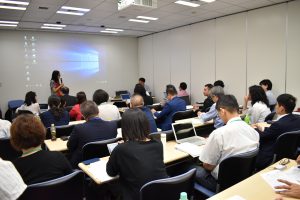 Participants of the Workshop 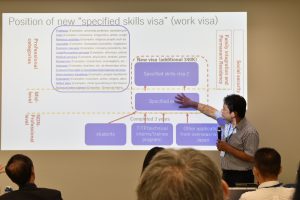 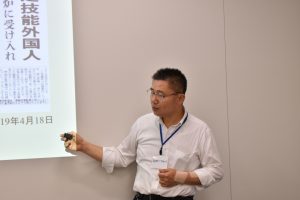 Mr Ippei Torii from the Solidarity Network with Migrants Japan 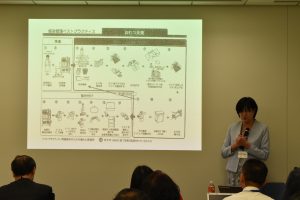 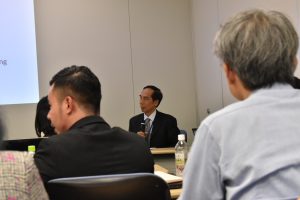 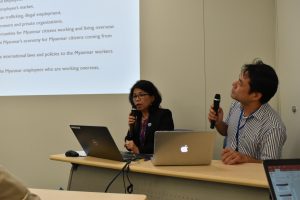 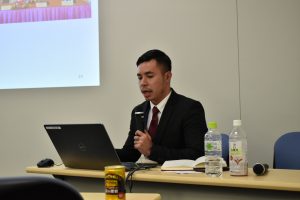 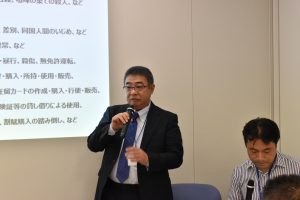 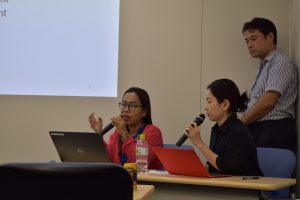 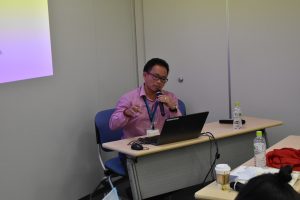