Between 6-9 July, 2019, the Mekong Migration Network (MMN) conducted a series of field visits in Tokyo, Japan, to better understand Japanese policy on migrant workers, the efforts of civil society organisations and labour unions in providing support to populations from the Greater Mekong Subregion and migrant workers’ working and living conditions in Japan. Nine participants took part in the visit, including representatives of the Legal Support of Children and Women, Cambodia, the Future Light Centre, Myanmar, the Center for Development and Integration, Vietnam, and the MMN Secretariat, as well as an academic expert on labour migration.

The visits on 6 July began with a meeting with a resource person from the Ministry of Health, Labour, and Welfare of Japan, who provided an overview of the reforms of the Technical Internship Training Programme (TITP) in 2017 and the recently created “Specified Skilled Workers” (SSW) visa scheme that would allow migrant workers to enter Japan through an alternative migration pathway. He explained that the SSW visa scheme, which came into force in April 2019, has been quickly implemented and therefore would require further refinement in the future. He also discussed how certain aspects of the SSW scheme, such as the ability for migrant workers to change employers in the same sector, can pose higher risks for companies hiring migrants.

The day ended with a meeting with Mr Hongmyong Kim, who gave an overview of the history of migration to Japan and a demographic breakdown of migrant workers in areas within Tokyo. He stressed that Japanese language education for migrant workers is key to their social integration and is in the process of starting a community language school.

On 7 July, the MMN met with a representative of the Federation of Workers’ Union of the Burmese Citizen in Japan (FWUBC). He discussed a number of common issues that migrants from Myanmar face in Japan, such as employers who withhold salary from migrant workers as well as incidents of sexual harassment. When encountering abuse and exploitation, migrant workers are often unable to contact support hotlines due to the complicated procedures for foreigners to purchase a phone with a Japanese number. The FWUBC is requesting Japanese authorities to make it a requirement for employers to provide migrant workers with Japanese numbers.

Following the discussion, the MMN paid a home visit to four migrant workers from Cambodia in Kanagawa prefecture in Japan. The four had been in Japan for more than four months and were currently working in the construction industry. All of them expressed hopes that they could utilise skills acquired in Japan after they returned to Cambodia. However, they highlighted difficulties with obtaining a Japanese number and their lack of interaction with Japanese people outside of work.

On 9 July, the MMN met with representatives of the Japan International Training Cooperation Organization (JITCO), who gave an overview of the TITP and the JITCO’s role in facilitating the implementation of the programme. The JITCO expressed hopes that countries of origin could better make use of the TITP by identifying industries that match the need of their economies and sending workers to these industries in Japan for skill development. Regarding the collection of recruitment fees in countries of origin, one representative of the JITCO pointed out that Japan and countries of origin have different ratification statuses of the International Labour Organization Convention 181 on Private Employment Agencies. Such a difference has led to varying standards in the collection of recruitment fees across countries of origin.

The MMN concluded the country visit by hosting a roundtable discussion with representatives from the Solidarity with Migrants in Japan and the International Caregiver Talent Education Association, as well as academic experts on labour migration. During the meeting, MMN’s project partners from Cambodia, Myanmar and Vietnam and representatives from the two Japanese groups shared about their work with migrant workers in their respective countries. One issue highlighted during the discussion was that Japanese employers are often unaware of the high recruitment fees migrant workers are required to pay before migrating to Japan. All participants agreed that continued collaboration and joint information monitoring between organisations in Japan and countries of origin are important for the protection of migrant workers’ rights. 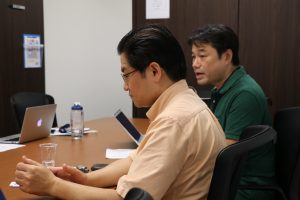 Meeting with resource person from the Ministry of Health, Labour, and Welfare of Japan 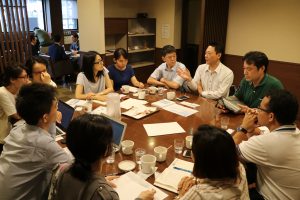 Meeting with the Vietnam Mutual Aid Association in Japan (VMAA) 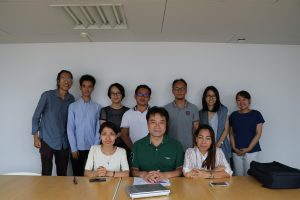 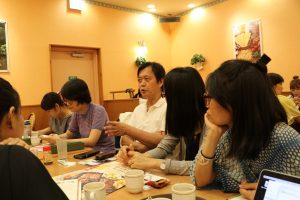 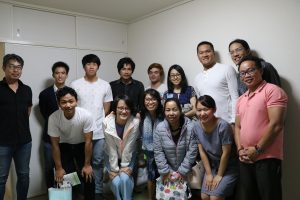 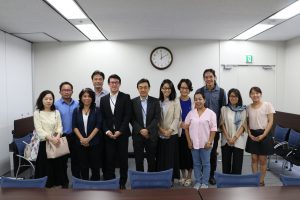 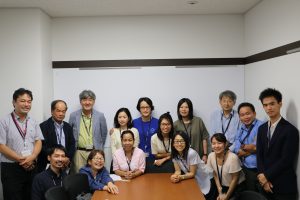 Roundtable discussion with representatives from the Solidarity with Migrants in Japan and the International Caregiver Talent Education Association, as well as academic experts on labour migration