Firstly, Dr. Sciortino Sumaryono welcomed the panelists and participants, and explained that SEA Junction decided to organise this panel as it was inspired by the MMN study and saw that the roles of countries of  origin was a much neglected subject in the region. She also explained that the panel is part of the ASEAN People in Flux series in which SEA Junction aims to question the current migration scheme that is based on temporary contract employment and does not provide low skilled migrant workers with a right to bring their family members to destination countries or pathways to citizenship.

As the first panelist, Ms. Harima echoed the concern raised by Dr. Sciortino Sumaryono and shared the remark by Ms. Louise Arbour, UN Special Representative for International Migration, who said, during the Global Forum on Migration Development, held in Berlin in June 2017, that countries must go beyond looking at migration of professional workers as a desirable occurrence and something to be encouraged, and viewing migration of low skilled workers as something that is undesirable and should be discouraged or stopped. Ms. Louise Arbour said all migrant workers, both high skilled and low skilled, contribute to societies and economies. Ms. Harima then went through highlights of the MMN study on roles of countries of origin. She also presented the outcome of the MMN Policy Dialogue on Roles of Countries of Origin, which took place in Yangon, Myanmar, from 20-21 July 2017, which was the Cambodian and Myanmar governments agreeing to jointly negotiate with Thailand for better treatment and social protection of migrant workers.

Secondly, Ms. Asis shared experiences of the Philippines in trying to “manage” migration and providing much needed protection to overseas Filipino workers. She said that while there are comprehensive legislations and mechanisms to protect overseas Filipino migrants in place, there are still a number of challenges. She also said that having many policies is not necessarily effective.

Ms. Pollock followed by sharing recent efforts by the Myanmar government to facilitate migration. She explained that while there are urgent matters to be tackled such as the documentation of migrants, migration policy without long-term vision does not help improve the lives of people in Myanmar, and that migration policy needs to be designed as part of broader economic and social development policies.

Finally, H.E. Ms. Chou Bun Eng presented on Cambodia’s perspectives on roles of countries of origin. She said that Cambodia and Thailand share long land borders and thus migration governance models adopted by the Philippines– a country which is surrounded by the sea– often do not work for countries like Cambodia. She also said that international cooperation is necessary to make migration governance more effective.

During the open discussion, some participants commented on the gap between policy discourse, especially at the global level, and reality on the ground. Audience members also asked if the free movement of people may be one option for the Mekong Subregion. The event ended with Dr. Sciortino Sumaryono commenting that ASEAN needs to think outside the box to facilitate migration, and provide fair employment and life chances to ordinary people. 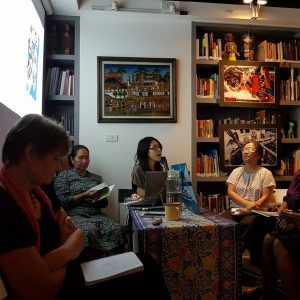 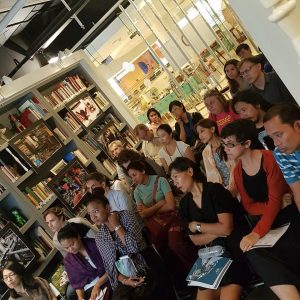 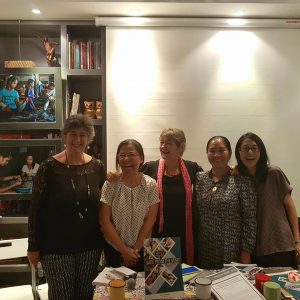